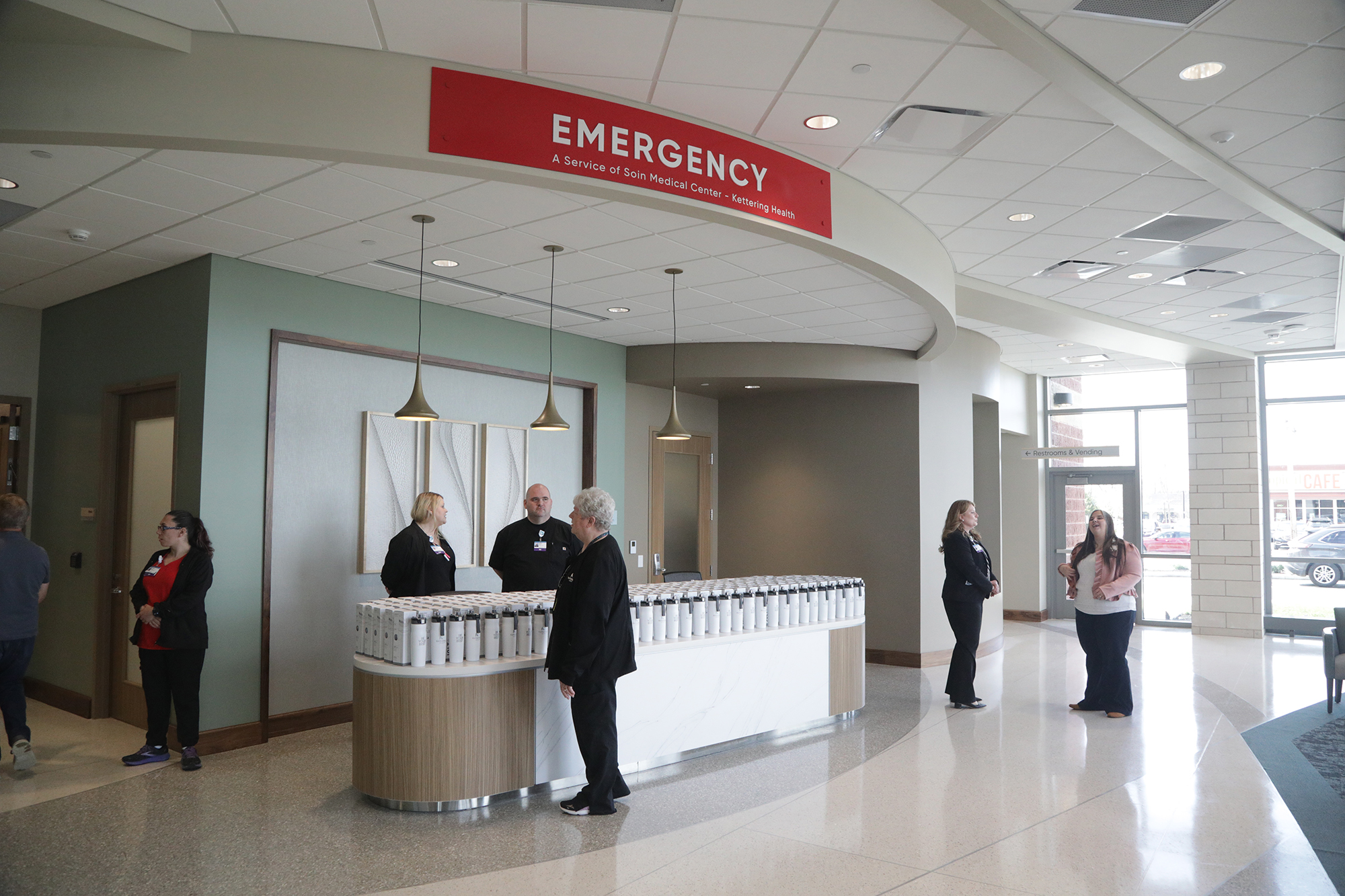 But, according to preliminary employment data, Clark County lost 100 jobs in May, 200 jobs in both March and February and employment remained flat in April.

Though the amount of jobs in the area decreased in May, the number of Clark County residents listed as employed in some form or looking for work increased during that month, according to data released by the Ohio Department of Job and Family services.

In comparison, the Dayton metro area saw an increase of 2,000 jobs in May, which was the second largest increase in the state behind the Akron region, according to preliminary data from the U.S. Bureau of Labor Statistics.

The Dayton metro area has added jobs in four of the first five months of 2022, and hiring accelerated in May to the fastest rate of growth since last fall.

That represented the most online job ads ever posted for the Ohio west region, which includes Champaign, Clark, Darke, Greene, Miami, Montgomery and Preble counties, according to OhioMeansJobs data that goes back to 2008.

But the Ohio Department of Job and Family Services says the methodology and data sources used to create the online employment ads reports have been modified several times over the years.

Agency staff recommend not strictly comparing older data to current data, and they also said the information is a snapshot in time and may not represent long-term trends.

Employers with the most local online job ads included Kettering Health, the local health care system, which had 3,407 ads, and General Dynamics Information Technology, a business unit for the General Dynamics aerospace and defense company (1,095 ads).

The top employers with the most job ads in the Ohio west region, which consists of 12 counties including Champaign, Clark, Greene, Miami, Montgomery and Preble counties. CONTRIBUTED 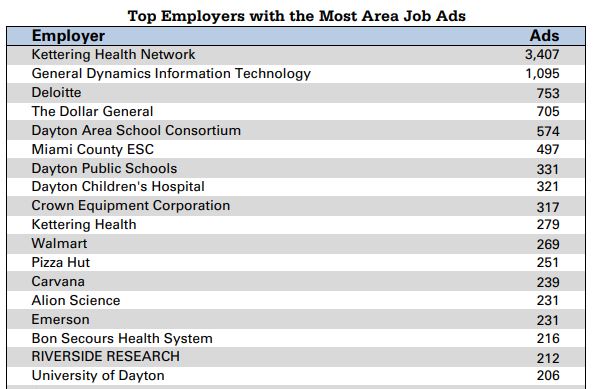 The top employers with the most job ads in the Ohio west region, which consists of 12 counties including Champaign, Clark, Greene, Miami, Montgomery and Preble counties. CONTRIBUTED

Deloitte, which provides auditing, consulting and financial advisory services posted 753 ads and the Dollar General, the discount retailer, was responsible for 705 ads.

Kettering Health continues to expand, including opening its medical center to serve the Springfield community this year and a Years Ahead Health Center in Dayton, said Houghton.

Kettering Health also recently broke ground on a new medical facility in Wilmington, he said, and the organization also saw higher-than-normal patient volumes and staff turnover during the pandemic.

During the COVID crisis, some nurses decided to step back from work as schools switched to remote learning and they encountered childcare challenges, Houghton said.

Demand for nurses, nursing assistants, respiratory therapists and other clinical professionals increased due to higher demand and changing patient needs, Houghton said, and about half of the organization’s 1,900 job openings are full-time positions.

In the Ohio west area, the occupations with the most job ads included nurses (2,090 ads), heavy and tractor-trailer truck drivers (1,872 ads), first-line supervisors of retail sales workers (1,313) and software and app developers (1,094).

Top occupations with the most area job ads in the West Ohio region, which covers 12 counties including Champaign, Clark, Greene, Miami, Montgomery and Preble counties. CONTRIBUTED 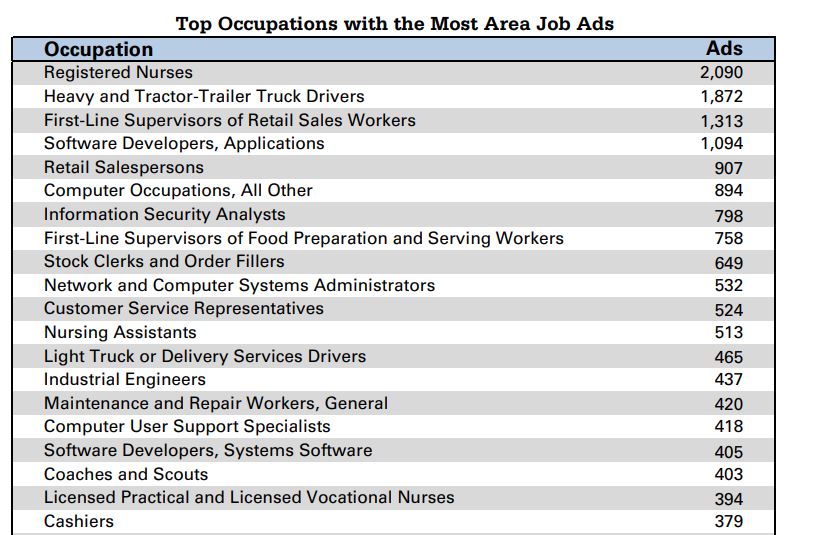 Top occupations with the most area job ads in the West Ohio region, which covers 12 counties including Champaign, Clark, Greene, Miami, Montgomery and Preble counties. CONTRIBUTED

Statewide, increased hiring in May brought more workers back into the workforce and kept the state on the path to recovery, but the job growth was slower than in some recent months, said Policy Matters Ohio.

One concerning sign in the statewide jobs report was that Ohio’s private-sector employers added only 1,600 new jobs last month, which was far below the 9,000 new jobs created in April, said Rea Hederman Jr., executive director of the Economic Research Center at the Buckeye Institute.

The slowing private-sector job growth will make it more difficult to climb back from the pandemic-related jobs deficit of about 90,000 jobs, compared compared to February 2020, he said.