Taco Bell customers in Irvine, California have two new late-night, after the closing down the bar Taco Bell Cheez-It menu items to choose from thanks to the ingenuity of the Bell’s test kitchen.

The chain announced this week that it was now offering the new Big Cheez-It Tostada and the Big Cheez-It Crunchwrap Supreme that has a big Cheez-It stuffed inside where you used to find the typical tostada shell.

The tostada Cheez-It will come topped with ground beef, sour cream, tomatoes, lettuce and cheddar cheese on top of the cracker for $2.49, according to a press release. 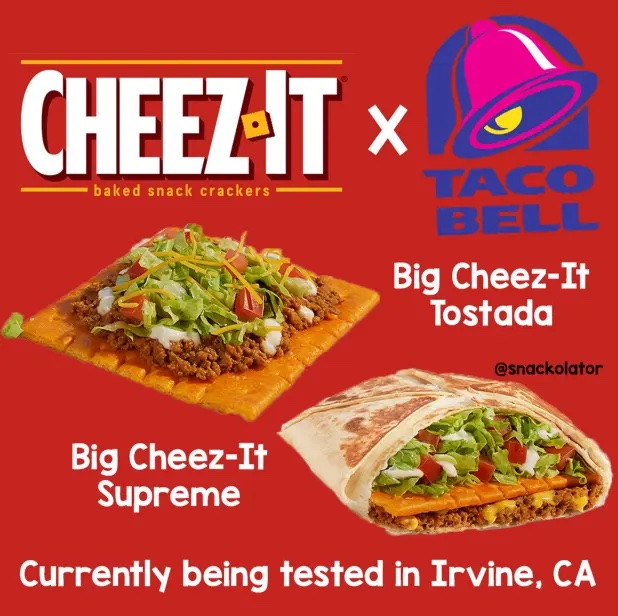 Taco Bell’s marketing team claims that the new Cheez-It tostada is 16-times bigger than the typical Cheez-It you eat while watching football games.

The Cheez-It Crunchwrap Supreme will feature the traditional seasoned beef, nacho cheese sauce, lettuce, reduced-fat sour cream and tomatoes with a giant Cheez-It stuffed in there. Retail for that meal is $4.29

Again, you can only purchase these in Irvine, California right now FOR TWO WEEKS. That’s right, these are limited edition menu items that could sell out in two weeks or over the 4th of July weekend.

Now, will I try these when they eventually go national? No doubt. The problem here is that I’m not huge on the dry nature of a traditional Cheez-It. I think these will be way too dry to get into my typical order which includes the steak quesadilla and a cheesy gordita crunch.

As a guy who was born in Dayton, Ohio like Cheez-Its, I have no choice but to order these up at least one night at midnight when the neighborhood goes on a Bell run after crushing margaritas.

Bring these closer to town and I’m in. 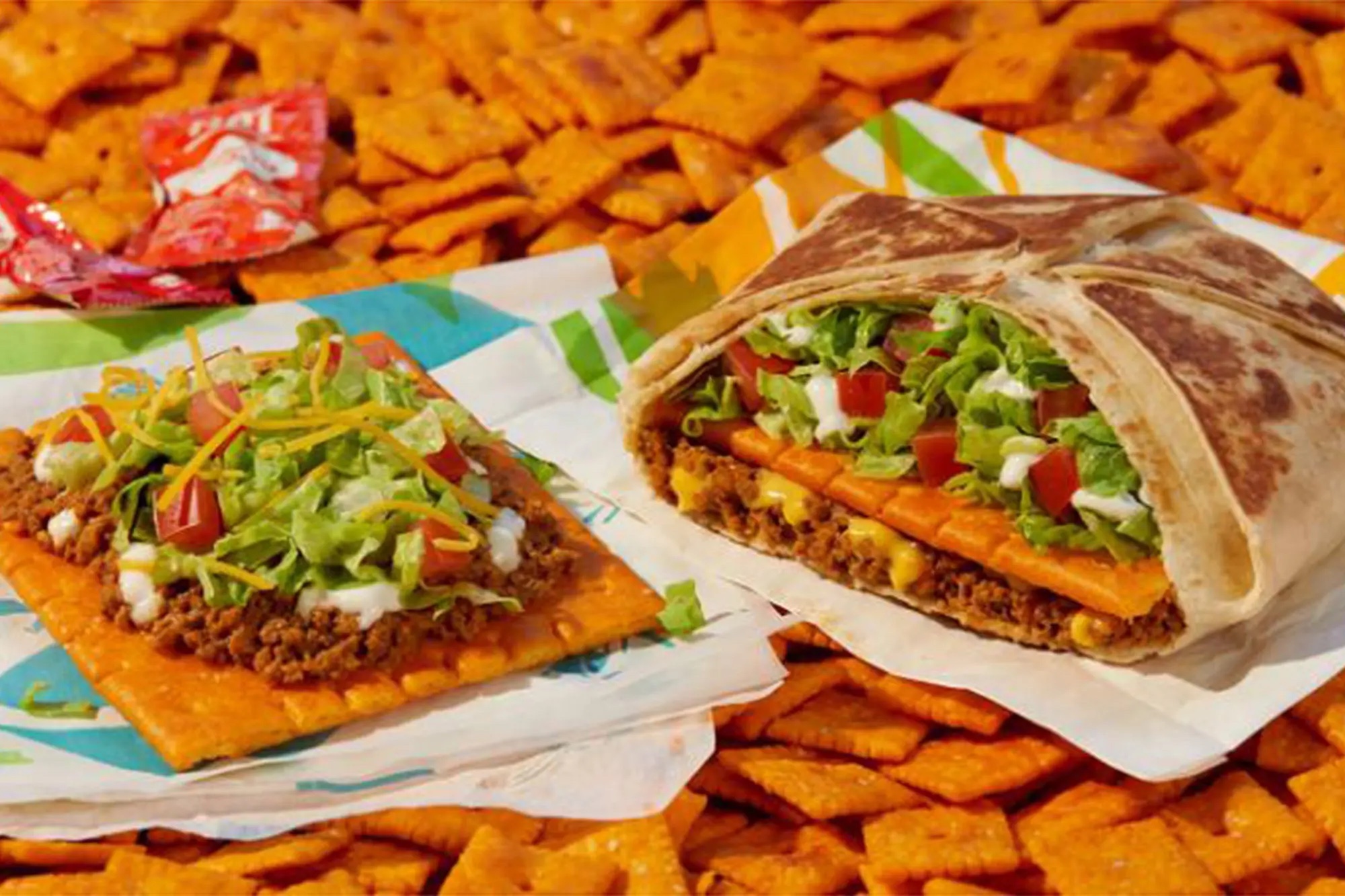 How the move for USC, UCLA could impact the Big Ten, Ohio State