The Realme GT2 Explorer Master was previously confirmed to arrive this month by company officials. Today we get an exact date for the official event – it will be on July 12, at 2 PM Beijing time. The phone is supposed to be the company’s next flagship, and we know it will run on Qualcomm’s top-tier platform – the Snapdragon 8+ Gen 1. 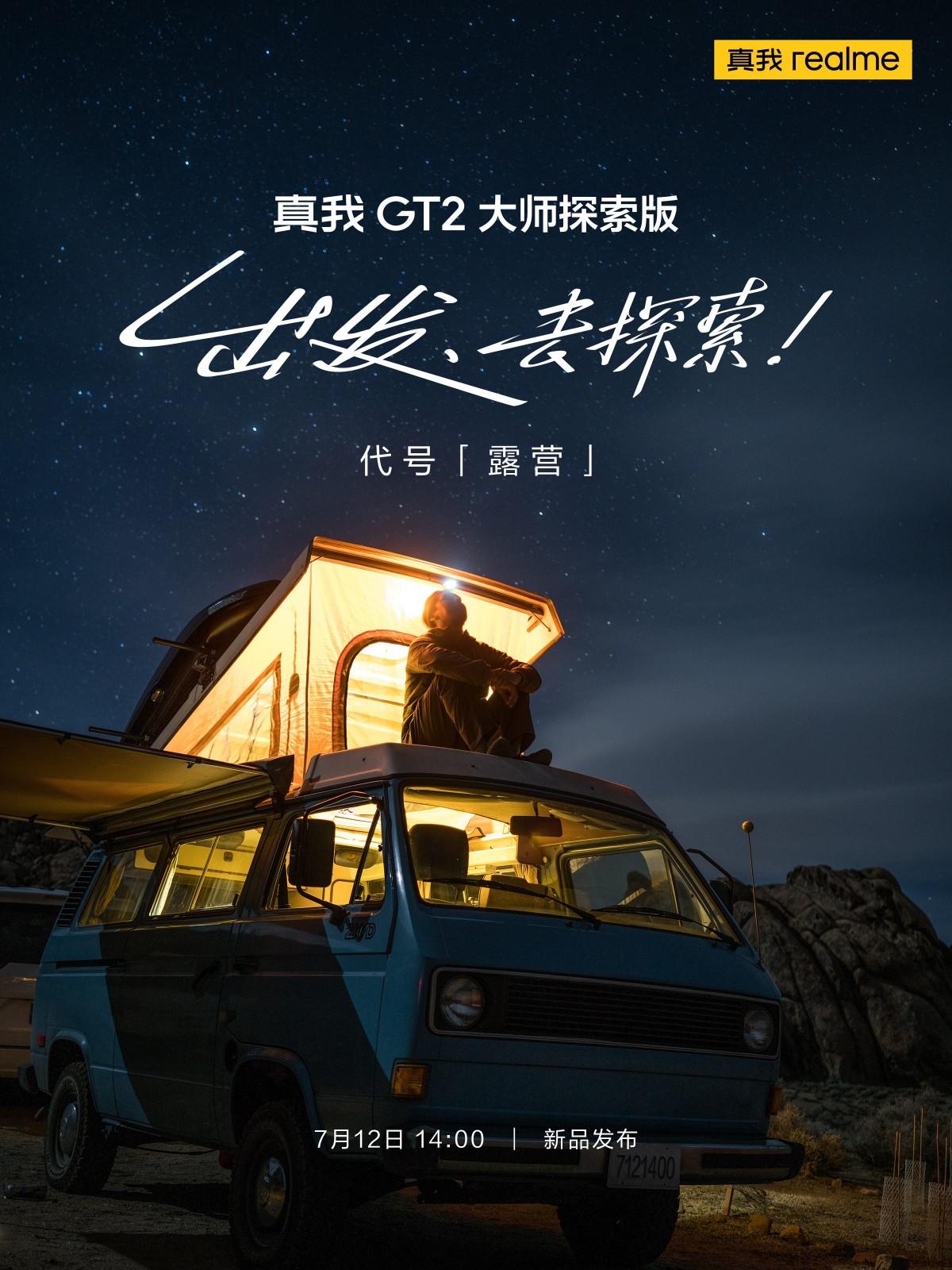 The new Realme phone will be part of the newly separated Master series (previously the Master editions were merely customized versions of the X-series phones). Last year the line-up consisted of two mid-rangers, but this time around it’s aiming higher. The GT2 Explorer Master is going to have a mightier chipset than the Realme GT2 Pro but we have to wait until the official launch to see whether it will be a worthy upgrade.

Leaked specs on TENAA suggest it might be the case – the screen is going to be 6.7” AMOLED with only 1080p resolution but charging is reportedly moving in the triple digits with two variants – 100W and 150W. Other specs include a triple camera with two 50MP sensors, up to 12GB RAM and 512GB storage.

Source (in Chinese) | Via