What You Need To Know

In the early morning hours on June 27, officials said Walker was killed by police after the 25-year-old Black man led officers on a car and foot chase, finally stepping from his vehicle in a parking lot wearing a ski mask. Police said Walker made a movement that was perceived as a threat and the eight officers opened fire.

The Ohio Attorney General’s Bureau of Criminal Investigation is leading the investigation into the shooting. The department placed the eight officers on paid leave.

Nearly every day since the city released the body camera footage of the shooting, there have been protests in the city. While some turned violent, damaging storefronts, many remained peaceful. Akron officials implemented another curfew this week for downtown for 11 p.m. to 5 a.m.

Walker’s family discussed what they want to see from the city, as well as how the city and police are handling protests.

During the press conference, the Walker family encouraged the protesting, but urged them to remain peaceful. 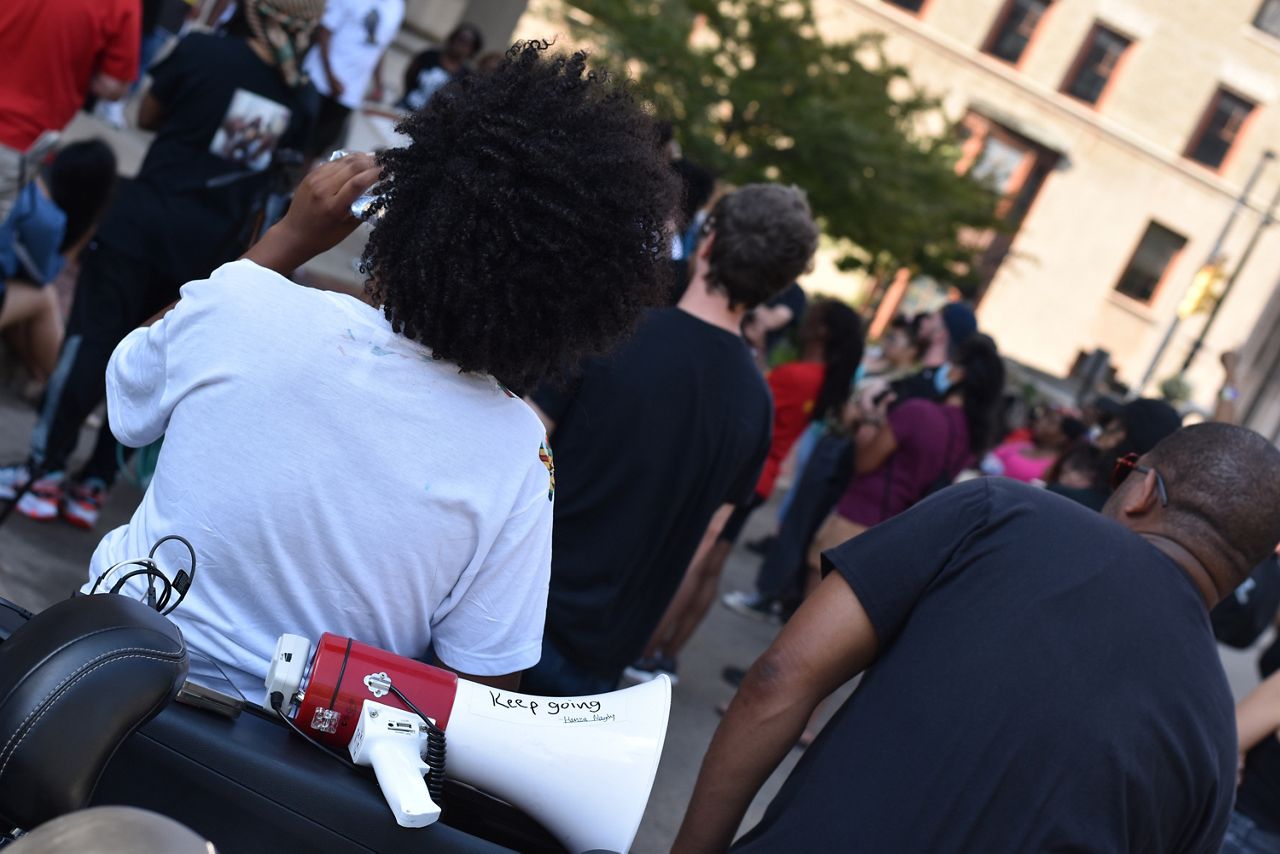 They want the city to stop what they are calling “the blame game.”

“The presentation of the video on Sunday during the chief’s press conference was an attempt to frame Jayland as someone he was not,” Walker family attorney Bobby DiCello said.

The family said Akron’s mayor did speak to them, privately offering his apologies and regrets.

However, the family does want to see immediate policy change in the city, specifically when it comes to dash cams.

“That is not, and should not be in debate right now,” DiCello said. “The need for dash cams in this city should not even be a discussion.” 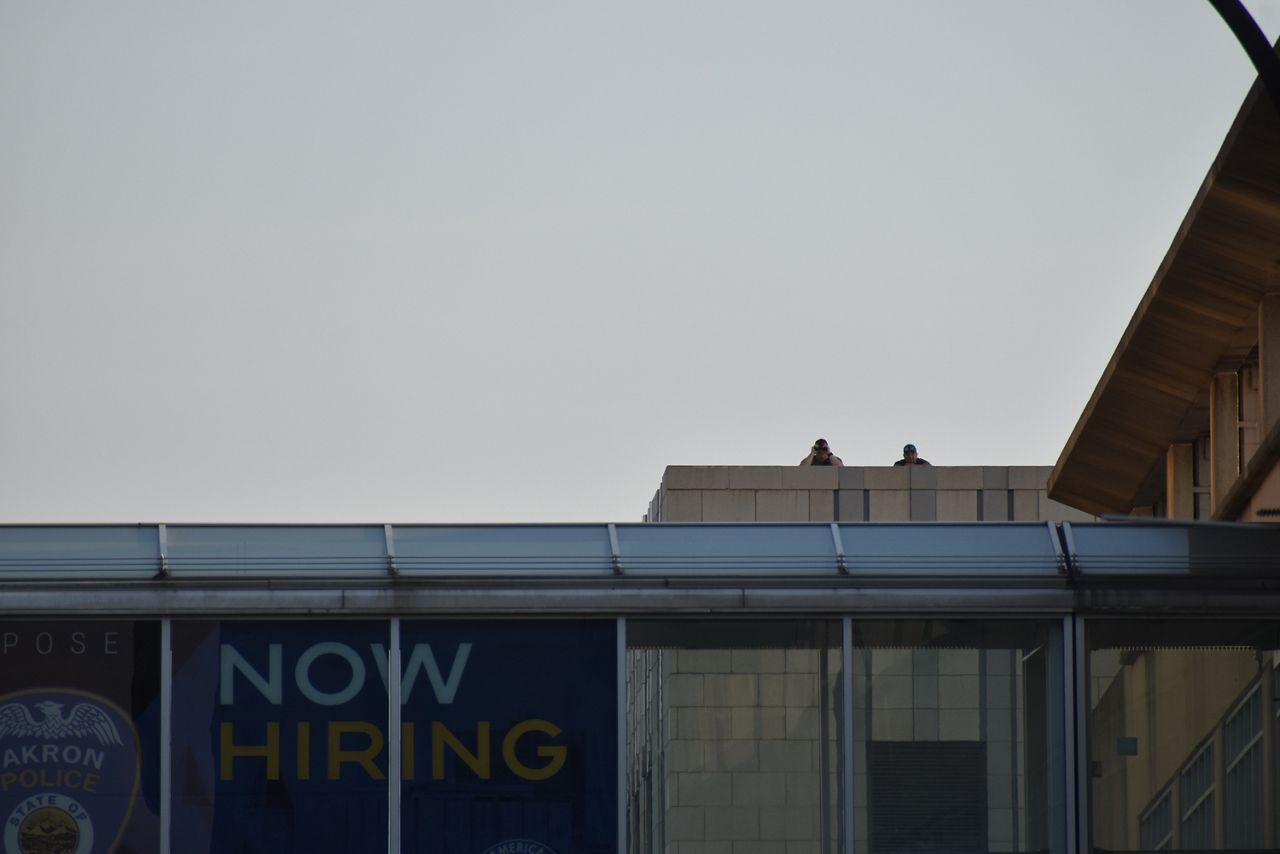 Individuals stationed atop a nearby building watch the protesters via binoculars. (Cody Thompson/Spectrum News)

They said the city has reached out to the Department of Justice regarding what they call “gaps” between the community and police, but they also want the agency involved with the investigation of the shooting.

“We are calling upon a reach out for the shooting by the city to the DOJ get involved. They can work alongside BCI,” Dicello said. “There need not be this difference. The community is not the problem. Again, the city is missing the point.”

While the Walker family said they wish for the protests to remain peaceful, they also wish for police to treat protesters in a nonviolent way.

Hours after the press conference, protesters gathered in front of Akron City Hall, where they hoped to hear some answers from the city council.

There will be a unity gathering at 6:30 p.m. on Tuesday, and Walker’s public funeral will be on Wednesday at the Akron Civic Theatre. The funeral will follow a public viewing planned to begin at 10 a.m. that day.

Ohio pledges $25 million toward taking down the Gorge Dam