We’ve already seen the design of the iQOO 10 series which is due to launch on July 19 in India and we’re now getting an official look at the upcoming iQOO 9T. The device shares plenty of similarities to the iQOO 10 down to the BMW Motorsport appearance with white, blue and red color accents and the triple camera setup. The new image of the device also show 20X zoom (digital) as well as vivo’s custom V1+ camera chip. 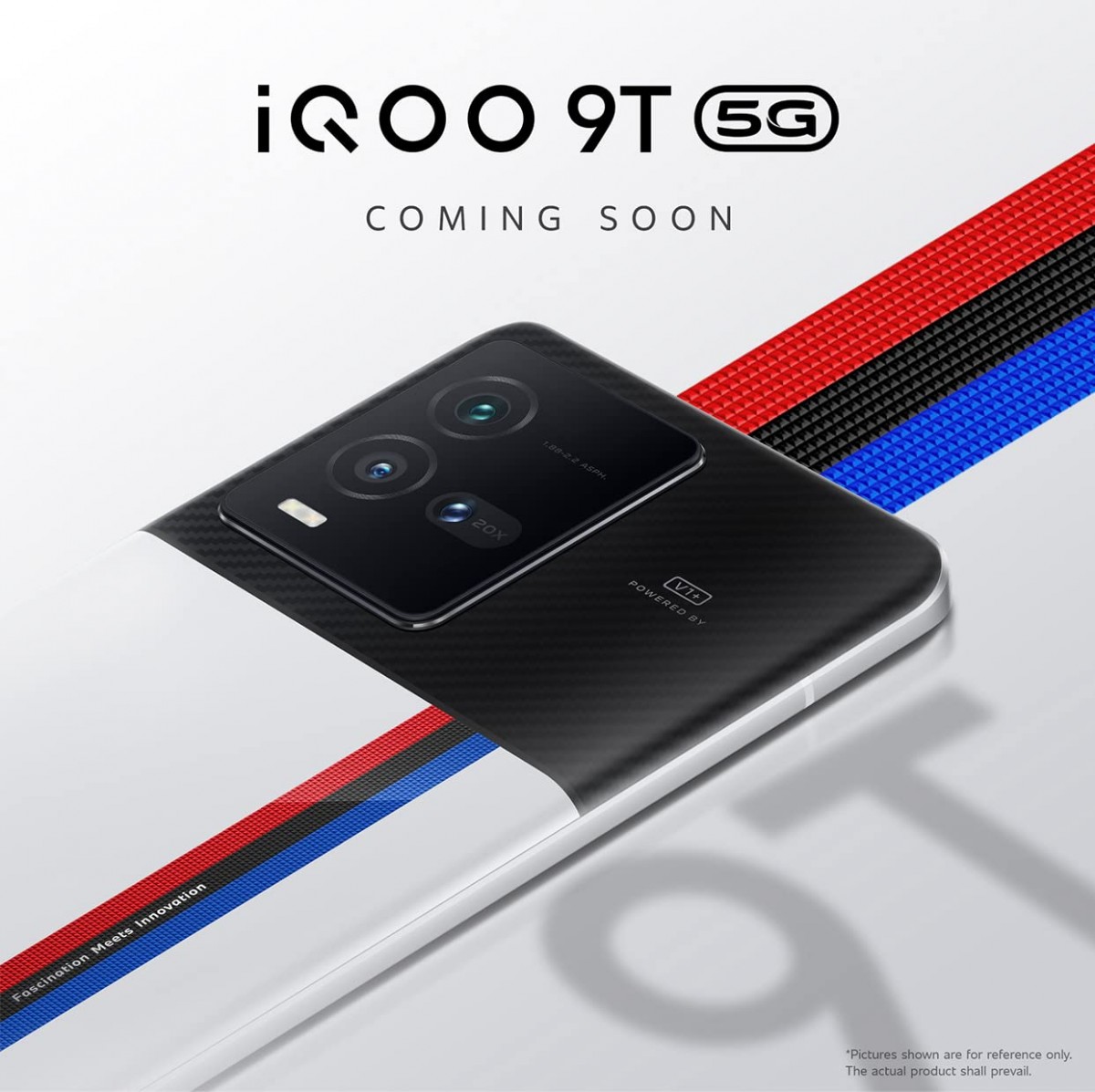 We already got confirmation from iQOO that the phone will be equipped with Qualcomm’s Snapdragon 8+ Gen 1 chipset. Based on leaked specs the device should also bring a 120Hz Samsung E5 AMOLED display and 120W charging. We can expect the iQOO 9T to launch alongside the iQOO 10 series at next Tuesday’s event.