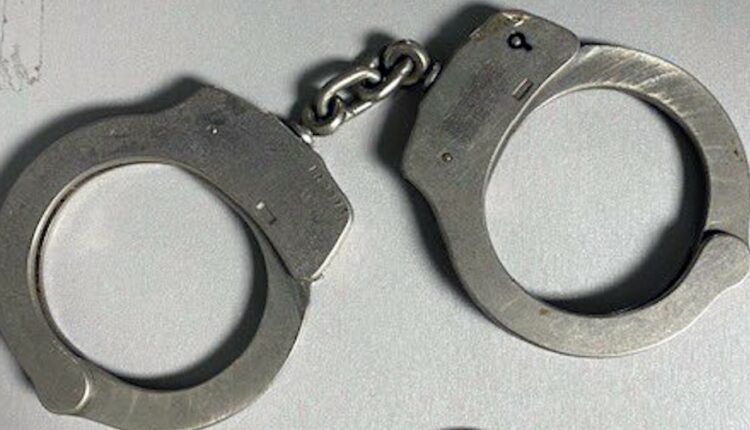 
SANDUSKY, Ohio — A home health aide is in jail accused of drugging a 93-year-old man she was stealing from to furnish her house.

Giles is heard on body cam footage making numerous apologies and what sounds like a confession.

Giles answered some tough questions when she was arrested last Thursday after an investigation started in April when police say the elderly man’s family stopped by for a visit and noticed something wrong with his financial records.

Police asked Giles: “Do you have a drug problem? No, Alcohol? Sometimes. I get sad and I do stupid things to make me feel better,” Giles told the police.

Authorities say Giles was the man’s home health aide and was allowed to use his credit cards to buy things he needed.

Police say they believe Giles mixed old prescription pills with the man’s medication to cover her tracks and at one point he ended up in the hospital.

“He was actually very lethargic at the time so they ended up giving him Narcan and they found opioids in his system,” said Sandusky Police Lt. Scott Dahlgren.

Dahlgren says they believe Giles spent at least $50,000 and possibly more for online purchases and at a sporting goods store.

He says Giles even bought stuff for her teenage son.

They also asked Giles about a generator.

“It was in the shed. I used it like one time six months ago,” Giles told police.

Police asked: “Where did you sell it and Giles answered Facebook.”

“Is there any way I won’t go to jail today,” Giles asked.

“Anyway? No, You definitely have to go because you’ll be booked at minimum,” police said on body camera.

Giles told police on body camera she didn’t work for a company and isn’t doing aide work anywhere else that she has a new job.

“Initially it’s kind of anger I suppose then you turn to kind of sadness you realize there’s a victim a victim’s family that has been hurt by this it’s a lot of money we’re talking an upwards of $50,000 that was taken from an elderly gentleman so it just kind of hurts you down to the core that we have people in the world that would actually do this to someone else,” said Dahlgren.

Giles is expected back in court next month for a preliminary hearing.

Download the News 5 Cleveland app now for more stories from us, plus alerts on major news, the latest weather forecast, traffic information and much more. Download now on your Apple device here, and your Android device here.

8 Dresses That Went Viral on TIkTok for Good Reason