The University of South Carolina has added a former NBA executive to its faculty.

William A. Sutton has joined The College of Hospitality, Retail and Sport Management as a professor of practice in the Department of Sport and Entertainment Management, according to a news release from the school. 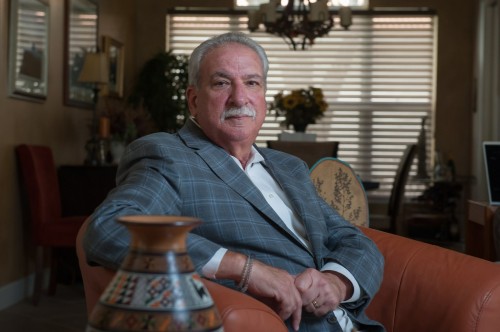 Sutton, a seven-year veteran of the NBA, is also an academician and a sports marketing practitioner who brings a half-century of experience in the sport industry, the release stated. He joins the top-ranked sport science program in the United States, according to the release.

“After seven years at the NBA, I came to the conclusion that selling a million-dollar deal isn’t any better than placing a student in their first job. There’s a rush you get from starting someone off on their career, and I’ve always enjoyed that,” Sutton said in the release.

Sutton’s arrival also closes a long circle, the release stated. Guy Lewis, founder of South Carolina’s sport management program, recruited him to join the faculty in 1990. Sutton chose an industry role instead, but 32 years later the timing was right.

“Bill has been a longtime friend of our department. When the opportunity came along to bring him on board to work with our students and faculty, it was a no-brainer,” Department of Sport and Entertainment Management Chair Matt Brown said in the release. “Bill will help our program as it continues to grow, serving as both a mentor to our students and faculty. I am extremely excited to be working with him.”

As a professor of practice, a specialized position designed for individuals who can teach from professional expertise, Sutton will work primarily with master’s students, and says his main focus will be helping prepare them for the workforce, the release stated. South Carolina’s Master of Sport and Entertainment Management program is among the nation’s best in the SportBusiness Postgraduate Course Rankings.

Sutton is the founder and principal of Bill Sutton & Associates, a consulting firm specializing in strategic marketing, revenue enhancement and organizational chemistry, according to the release. He has held previous academic appointments at Robert Morris University, the Ohio State University, the University of Massachusetts – Amherst, the University of Central Florida and most recently the University of South Florida, where he served as director and professor emeritus at the Vinik Sport and Entertainment Graduate program.