Growing up with the name O’Bannon I was vaguely aware that there was a famous person named Presley O’Bannon who was important in American History. When I got married 37 years ago to a Marine Corp veteran who has a degree in history, I was informed that not only was Presley O’Bannon an important figure in history, he was especially important to the Marines. The United States Marine Corps hymn opens with “From the halls of Montezuma, to the shores of Tripoli, we fight our country’s battles on the land and on the sea.” Presley O’Bannon was the man who led battles on the shores of Tripoli from whence the song lyrics came. 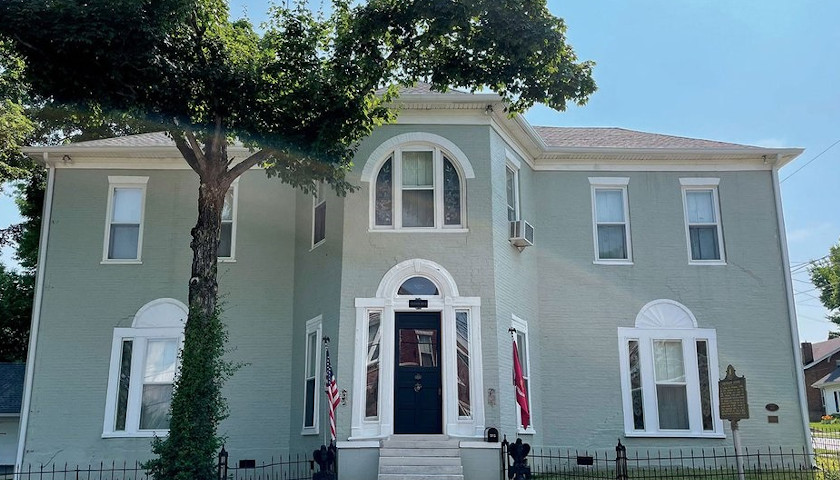 Not only that, it turns out that Presley Neville O’Bannon’s grandfather, John O’Bannon, is my 6th great-grandfather. Presley O’Bannon had two children but no grandchildren so his direct line didn’t continue.

Here is a recap of his story: Presley Neville O’Bannon was born in Virginia the same year this country was—in 1776—amidst the chaos of the American Revolution. His father was Captain William O’Bannon, serving in General George Washington’s Continental Army. His mother was Anne Neville, sister of John Neville, commander of Fort Pitt. Presley O’Bannon himself was named after John Neville’s son, who was aide-de-camp to the Marquis de Lafayette, the French aristocrat and Major General in the Continental Army.

Presley O’Bannon followed the family line and joined the Marines in 1801, commanding an attack during the Tripoli campaign during the First Barbary War. On April 27, 1805, Lt. Presley O’Bannon and seven other U.S. Marines and about 400 mercenaries led an assault against a more significant force at the Tripoli fortress in Derna. In his success, he was the first American to ever raise the United States flag on foreign soil during a time of war. Leader of the Ottoman Empire, Hamet Karamanli gave O’Bannon a Mameluke sword as a sign of respect. (For more on this battle, click here.)

Presley O’Bannon’s success during this campaign led the Marine Corps to adopt the Mameluke sword for all commissioned officers in 1825. Mameluke swords are now worn with all uniforms except the evening dress and utility uniform. 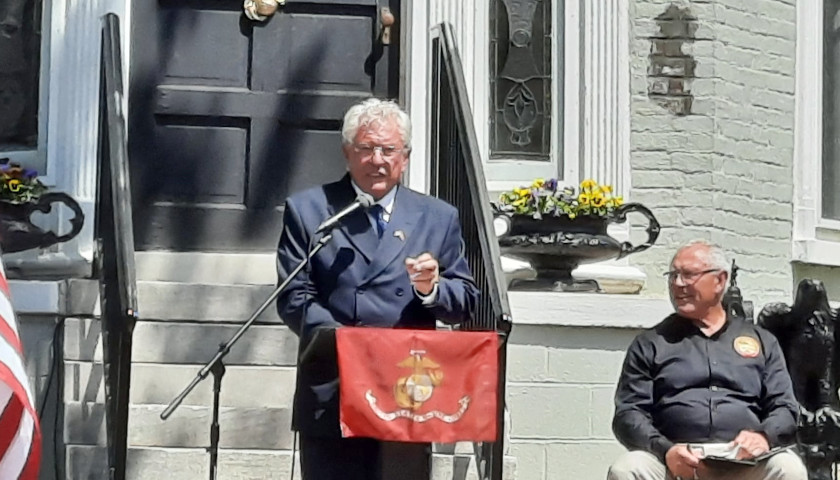 Eventually, Humble became a Major General of the Marine Corp and when he had the chance to purchase/preserve the O’Bannon house, he did so. General Hubble started the O’Bannon House Preservation Foundation, Inc. 501c3 public charity with his wife Margaret. (For more information on General Hubble, click here.) His activism with this project made a permanent venue for the conservation and exhibition of American history.

To raise funds for the preservation of the O’Bannon house, a fundraising gala/auction was held on April 26th in Brentwood, Tennessee. Auction items included were two rare Mameluke Swords, an electric guitar donated by legendary guitarist, Steve Cropper, and handwritten lyrics from Otis Redding (Sittin’ On The Dock of Bay), Ronettes, (Be My Baby), and the Archies (Sugar, Sugar). There were sports memorabilia, including signed gloves from Manny “PacMan” Pacquiao.

Besides Major General Jerry D. Humble and his family, also in attendance at the gala was the actor and good friend to the general, Tom Berenger, and Marine vet, Artimus Pyle, renowned drummer with Lynryd Skynryd. Relatives to Presley O’Bannon included my brother, Terry O’Bannon, and my myself. Additionally, southern rock staple, Tim Montana, performed a song about Presley O’Bannon that he co-wrote with Steve Cropper, Brian Mabry, and Micah Wilshire, “Runs In The Blood.”

Mabry and Cropper introduced Montana to General Humble. They rode a tour bus from Nashville to the Presley O’Bannon house in Russellville, Kentucky, and on the ride back, “We wrote that song really quick,” states Montana.

Writing a song for a specific event/person can sometimes be tricky but after the history lesson and touring the house it just kind of “fell out” as they included information about the Presley O’Bannon and the Marine in the history lesson that is also a song.

After they wrote it, they recorded and Micah Wilshire produced it where he added the bagpipe-sounding guitar. Montana sings lead on it.

“When you write a song about something historical, often it can be kind of boring, but Micah Wilshire as producer brought it to life with that bagpipe/Irish feel,” informs Montana.

General Humble says, “The first time I heard the song it sent chills down my spine and my heart swelled with pride about the legacy of Presley O’Bannon and the ongoing brotherhood that is the Marine Corps”. General Humble noted. “And that’s the same reaction I’ve heard from every Marine who listens to the song.”

As an O’Bannon and spouse of a Marine veteran, I am thrilled that now anytime we want to teach about or talk about Presley O’Bannon, we have a great song to accompany it.

Not only that, all profits raised by the song will be donated back to the Presley House Foundation to help with the preservation of the home.

On April 27th, the 217th anniversary of when Lt. Presley Neville O’Bannon raised the American flag over Tripoli harbor after the Battle of Derna, U.S. Marine Corps Major General Jerry Humble (Retired) and Mrs. Margaret Humble, along with the community and the nation, dedicated O’Bannon’s home in Russellville, Kentucky, as a center for leadership, patriotism, and freedom.

The dedication of the O’Bannon house was aired on Fox and Friends as they cut away to the celebration throughout the morning.

Presley O’Bannon is an icon to Marines. Many notable people were in attendance for the dedication ceremony, such as Senator Rand Paul’s wife Kelley Paul, members of the band Lynyrd Skynyrd, and famous actor Tom Berenger.

Berenger has been in numerous films, including some about American war history. He played a confederate general in the 1993 film, Gettysburg.

“I’m really a history aficionado, it’s really my forte, so I just gobble this stuff up. And I’ll read 9, 10 books on the same thing,” says Berenger.

Marine Corps veteran and my spouse, J.C. Bowman stated, “Presley O’Bannon is one of the major heroes of all Marines. He adapted, improvised, and overcame impossible odds. He exemplified the heritage that all Marines seek to emulate even today. It is fitting that he be remembered.”

Descendent, Terry O’Bannon noted, “I didn’t know how big of a deal Presley O’Bannon was for the Marines until a Marine named J.C. Bowman became my brother-in-law. The more I learned, the prouder I was of the family connection. We didn’t know about his homestead in Russellville, Kentucky, until JC was contacted about the effort to make it a historical monument and center. We’ve been astonished by all the “firepower” that General Humble has assembled for this effort, and so awed by his passion for the project. And having been there for the ceremony and touring the house, I can tell you it is amazing how much they’ve done, especially considering that the house was originally in private hands and nearly ‘lost’ to history.”

The foundation hopes the home and O’Bannon’s story will educate the people of South Central Kentucky and the United States for years to come.

“The mission is to preserve and restore this old home to provide a venue to promote patriotism and American history which we need so badly today,” says Humble.

To learn more about the O’Bannon House Preservation House Foundation or to donate, click here.

Somebody planted a flower garden in a downtown Cleveland sidewalk hole

The Benefits and Uses of Castor Oil for Hair Growth

Scared About Your Kids’ Future? 7 Things You Can Do Today