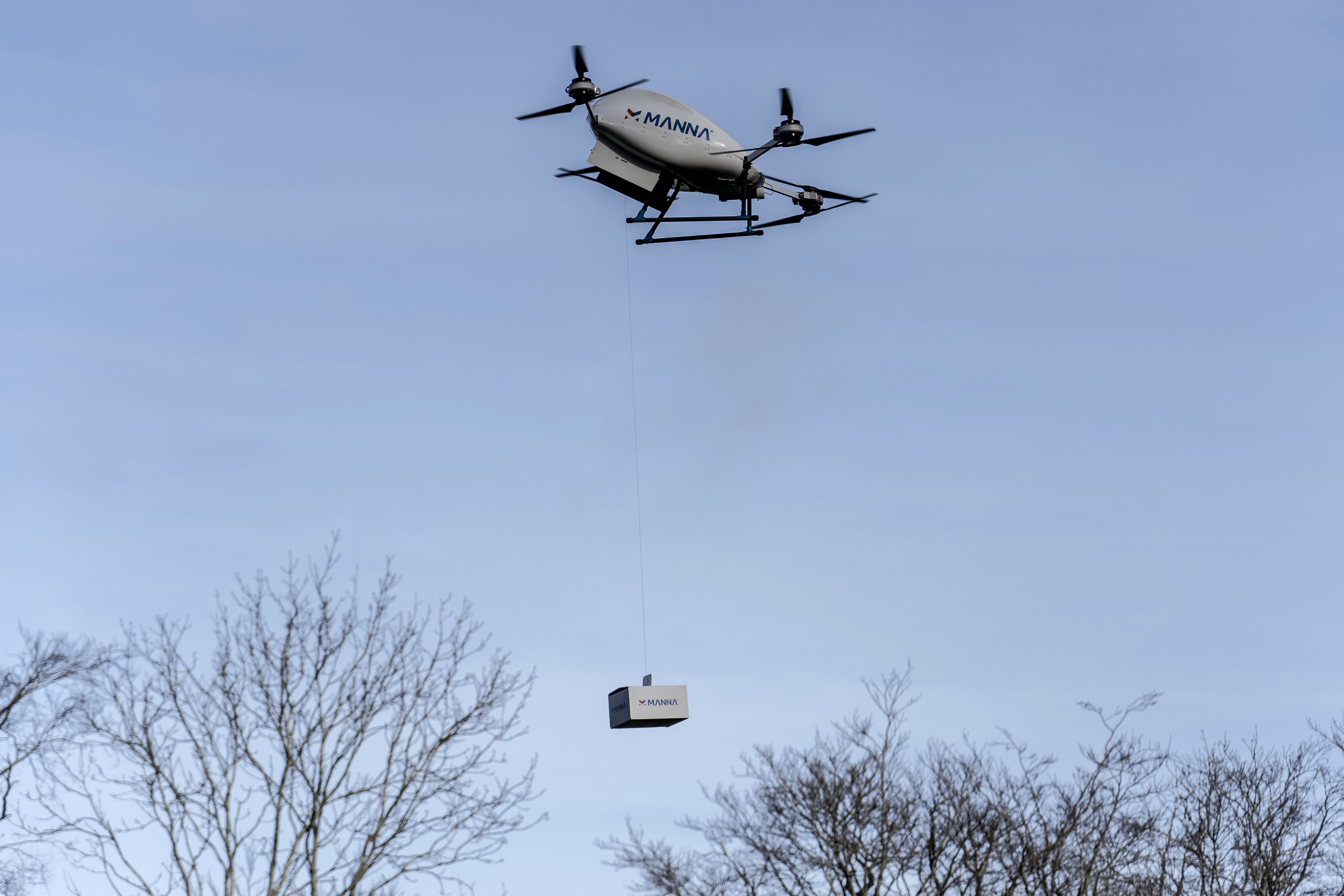 Drones that fly packages straight to people’s doors could be an environmentally friendly alternative to conventional modes of transportation.

A study comparing the environmental impact of various ‘last-mile’ delivery methods — which take a package on the final leg of its journey — finds that greenhouse-gas emissions per parcel were 84% lower for drones than for diesel trucks. Drones also consumed up to 94% less energy per parcel than did the trucks. The research, published on 5 August in the journal Patterns, indicates that using drones to deliver medication and other small items could cut the environmental impact of product deliveries.

In the United States, freight transportation accounts for more than one-third of transportation-related greenhouse-gas emissions. Major companies such as Amazon have been experimenting with using drones and robots to deliver packages with an eye to reducing their environmental impact.

The future is automated

Interest in the idea grew even more during the COVID-19 pandemic. A survey conducted in mid-2020 found that more than 60% of people would be willing to pay extra for their packages to be delivered by robots. This was partly the result of a desire to avoid infection, says Thiago Rodrigues, a transportation researcher at Carnegie Mellon University in Pittsburgh, Pennsylvania, and a co-author of the new study. However, he adds that another incentive was the fact that automated delivery is often faster than waiting for delivery trucks to make the rounds.

With technology improving, drone delivery is likely to become more common in the near future, says Juan Zhang, a transportation researcher at the University of Wisconsin–Eau Claire. “Therefore, we need more studies about the energy consumption of drones,” she says.

Rodrigues and his colleagues have done just such a study. The team attached packages weighing 0.5 kilograms or less to ‘quadcopter’ drones, which have four rotors, and flew them at speeds of 4–12 metres per second. From these flights, the researchers were able to determine how much energy was needed to fly a drone, as well as the quantities of greenhouse gases emitted by generating the electricity to charge the drone’s battery.

The results show that a drone’s environmental footprint depends, in part, on where it’s charged. In the US Midwest, for example, electricity generation is more carbon intensive than in New York. But regardless of region, drones have a much smaller environmental impact than do diesel and electric trucks when it comes to moving small packages: drones’ greenhouse-gas emissions per kilometre are roughly 2% of those of a medium-duty truck powered by either diesel fuel or electricity. The study also found that electric bikes consumed less energy per package than drones did.

Using drones to deliver lightweight parcels and other electric vehicles to move larger items could slash the sector’s energy costs, says Rodrigues. But many caveats remain. For instance, most drones carry only one package at a time, so they could be less energy efficient at delivering many packages than a single truck, says Zhang. But even with this uncertainty, it’s helpful to have data that compare the energy use of drones with that of other methods of delivery, she says.

“The way we deliver goods to customers is changing rapidly,” says Rodrigues. “Our research suggests that shifting to autonomous vehicles could provide a very efficient and sustainable approach for last-mile delivery.”

This article is reproduced with permission and was first published on August 5 2022.

The Future of Sex Ed Is the Internet

Ohio Senators Differ On How To Grow Economy

Eufy Cameras Have Been Uploading Unencrypted Footage to Cloud