10 Years after the Higgs, Physicists Are Optimistic for More Discoveries 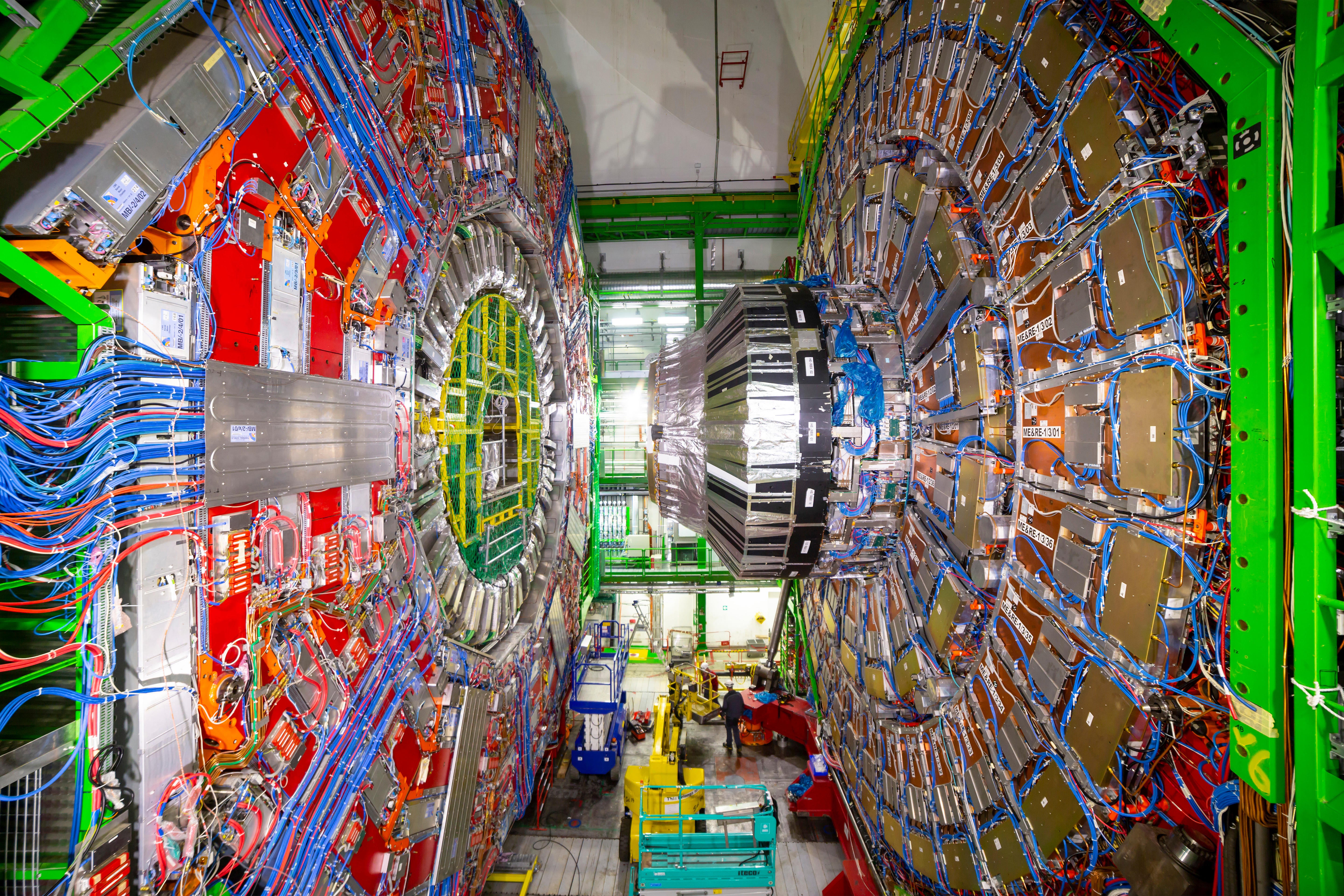 Imagine that you have just arrived on a planet in another solar system. Suddenly, five minutes after you landed, you spot an alien life-form. This is an amazing discovery! You may well spend decades trying to understand this exotic being, probing its properties and investigating how it came to be there. At the same time, you expect that there may be other fascinating creatures around, maybe even more intriguing than the first and possibly much harder to get a glimpse of.

This is how it feels for particle physicists as we begin a new phase, called Run 3, at the world’s most powerful particle accelerator: the Large Hadron Collider (LHC) at CERN near Geneva. This month marks the 10th anniversary of the discovery of the Higgs boson, a long-sought particle that had been predicted almost 50 years earlier. The LHC was built to find the Higgs boson and it did. Its next goal is to find clues to help us decipher other unresolved mysteries. Although the machine has not yet uncovered other novel fundamental particles—especially the hoped for supersymmetric particles that popular theories predicted and may still be out there—since the Higgs boson, the future at the LHC is promising. We have many new avenues to explore and many reasons for optimism.

The Higgs boson discovery, which came just four years after the LHC opened, was a lucky strike—it could have taken much longer to detect the particle, or we might never have found it at all. The particle’s mass might not have been in the range accessible at the collider, or it might not have interacted enough with other particles to be produced in the LHC collisions. It might not even have existed at all. And nature was even kinder: for reasons that we don’t yet understand, it arranged for the Higgs boson’s mass to be 125 times the mass of a proton, a value that causes the Higgs to decay at rates similar to those of many of the particles we know. This property makes it convenient to explore how the Higgs boson talks to these other particles and opens many opportunities to look for the unexpected.

The Higgs boson was the remaining piece of the Standard Model of particle physics, our leading theory of the properties and interactions among the fundamental bits of nature. Much of particle physics does not fit into this model, however. The current state of our field feels like trying to understand the science of cooking when all you have is a good grasp on the theory of how water boils. The Standard Model is silent about dark matter and even the force of gravity. Neutrinos are there, but their tiny masses are unaccounted for. Ordinary matter is there but with no explanation of how it prevailed over antimatter after the big bang. The Higgs boson is there but with no attempt to explain why the invisible Higgs energy field turned itself on in the early universe to give mass to other particles—or why their masses are as different as those of an ant and a whale or why the Higgs gave itself a mass that puts the present-day universe at the edge of cosmic instability.

The LHC was designed as a discovery machine to help us answer these questions, and fortunately for us, it has another 20 years on its horizon before it shuts down. The flagship detectors at the collider—ATLAS and CMS—have become quite different experiments in Run 3 than they were 10 years ago. Both have received upgraded technologies, and a new generation of talented scientists is pursuing novel ideas for how to glimpse what may be out there. In Run 3, all of the LHC experiments will be pushing into previously unexplored territory on multiple fronts. I am trembling with excitement about what may lie ahead.

We have already been able to produce many thousands of Higgs bosons at the LHC and are now working toward detecting the rarer ways by which the particle can be produced and then decay into other particles. There are plenty of chances for surprises, either in precision measurements that may show the Higgs is produced or decays somewhat differently from our Standard Model predictions or through the observation of exotic phenomena related to the Higgs. For instance, the Higgs boson might decay into dark matter, or Higgs decays may violate the expected symmetry between matter and antimatter.

So far we have only seen collisions that produce a single Higgs boson at a time. But we think that it should also be possible to produce two Higgs bosons in one collision. This “di-Higgs” production would give us a direct window into how the Higgs energy field turned on after the big bang because it is a direct measure of how strongly the Higgs boson, and therefore the Higgs energy field, interacts with itself. The Standard Model predicts that collisions producing two Higgs bosons will occur at a finite but tiny rate, suggesting that this process will become detectable near the end of the LHC’s lifetime. This is an exciting prospect, but there is also no compelling reason to believe the details of this prediction: the Standard Model does not claim to know the origins of the Higgs boson or understand the mechanisms of the invisible Higgs field in the early universe. A di-Higgs signal could potentially be seen sooner, during Run 3, perhaps induced by new particles that enhance the process.

Less than one LHC collision in a billion produces a Higgs boson, so the initial discovery was like finding a needle in a very large haystack. Today theorists have proposed many possibilities for other alien particles that could eventually appear in our detectors. But the challenge now is akin to searching for something in a haystack when you don’t even know if you are seeking a needle or some other object entirely.

Other new opportunities abound. Ten years ago most physicists would have dismissed the idea, if anyone had been crazy enough to suggest it, that we could attach a neural network to an LHC detector to analyze its findings. Today, thanks to the innovations developed by a brilliant cadre of my junior colleagues and industry partners eager to push the boundaries of artificial intelligence, a network looks at 40 million LHC collisions per second to decide what appears interesting enough to record for later study by humans.

When you see photographs of the colossal ATLAS and CMS detectors, most of the detectors’ volume that you are looking is their outer portion, which was designed to detect and measure one special kind of particle called the muon—a cousin to the electron that is often produced when particles decay, including the Higgs boson. Muons penetrate through matter more easily than other particles that are stopped and measured in the inner portions of the detectors. Within just the past two years, innovators at both CMS and ATLAS have realized that they can repurpose the outer detectors for potential discoveries that would otherwise be missed. Many models that try to explain dark matter propose the existence of exotic long-lived particles that may penetrate through the inner detectors and arrive in the outer detectors before decaying to standard particles. This scenario would produce a discovery signal that could be relatively easy to see—but only if you knew to look for it.

Ten years after the Higgs boson’s discovery, the field of particle physics is blooming with new ideas aimed at shedding light on profound mysteries. The Large Hadron Collider is starting a new chapter in its life, with more powerful particle beams, enhanced detector capabilities and more sophisticated techniques to enable discovery. Both experimentalists and theorists are expanding the frontiers of their ingenuity in this thrilling journey of exploration.

Cracks Are Appearing For Casino Industry, Could Pressure Gaming Stocks

Why COVID’s XBB.1.5 ‘Kraken’ Variant Is So Contagious

How Sensor-Dangling Helicopters Can Help Beat the Water Crisis